PETVIM | The Fastest Way to Get Women’s Attention
PETVIM is the only all natural, soluble superfood supplement for cats and dogs. The powerful blend of 7 nutrient rich superfoods can help your pet stay healthy, happy and hydrated.
16470
post-template-default,single,single-post,postid-16470,single-format-standard,theme-bridge,et_divi_builder,woocommerce-no-js,ajax_leftright,page_not_loaded,boxed, vertical_menu_transparency vertical_menu_transparency_on,,qode-child-theme-ver-1.0.0,qode-theme-ver-5.7,wpb-js-composer js-comp-ver-4.3.4,vc_responsive,et-pb-theme-bridge child,et-db,et_minified_js,et_minified_css,elementor-default,elementor-kit-17888 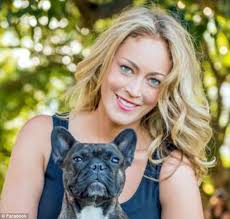 15 May The Fastest Way to Get Women’s Attention

Not only does walking your dog help you to get exercise, it might also help you land a date. People, especially women, are far more likely to stop and talk with a guy who’s walking a dog than one who is not. And the cuter the dog the better your chances are of striking up a conversation.

Nothing beats a cute little French Bulldog and with one walking beside you,  in a popular cafe precinct,  you’re pretty much guaranteed of having multiple converations with multiple women. The fact that French Bulldog puppies are now commanding a staggering $10,ooo a puppy,  they are also a great way to let women know you have a bit of dosh!

Going to the dog park, local cafe or taking your dog to run errands can now be on par with being on Tinder. It can lead to total strangers striking up conversations with you about your dog.

My ex used to ask could he look after my French Bulldog Hugo on Friday nights. I remember thinking how sweet it was that he had formed such a close bond with Hugo that he wanted to spend his Friday nights with him. You can imagine my surprise  ( and horror) when I found out that Hugo was being left alone in his apartment,  purely so he could impress girls he brought home at the end of the night. At the rate he was borrowing Hugo clearly it worked!

Single? ….yet a nother great reason to get a dog!